A spring shower in the middle of the flowers.

Shanghai will return to wintry weather with heavy rain and strong winds from Sunday, the city’s meteorological bureau predicted.

Saturday was cloudy during the day with the mercury ranging from 7 to 14 degrees Celsius, while rain is expected Saturday evening.

Showers will continue on Sunday with the mercury hovering between 8 and 9 degrees Celsius.

The showers are expected to turn into a rainstorm from Sunday evening to Monday with wind gusts reaching 74.53 kilometers per hour. They will gradually decrease on Tuesday.

Temperatures will fluctuate around 9 degrees on Monday and rise to just over 10 degrees on Tuesday.

Temperatures will rise later in the week with highs around 17 degrees.

The fourth Chinese solar term of this year, chunfen, or vernal equinox, will fall on Sunday. At chunfen, the length of days and nights are equal. The days will become longer and the nights shorter thereafter.

The solar term also indicates warmer weather and heavy rainfall. Meanwhile, the Jiangnan area (south of the lower reaches of the Yangtze River) is known for its beautiful spring. 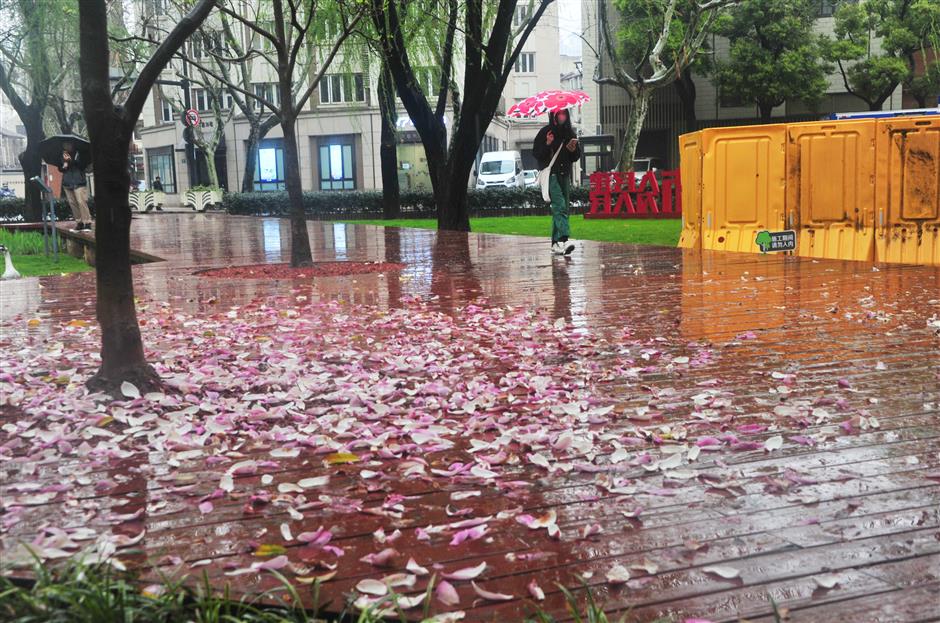